This year the NSK was held in Utrecht. This was lucky, because their ice rink is still open in May. 25 degrees outside and what are you going to do? Play ice hockey of course! And what better way to close the season than with a whole weekend of hockey, meeting players from other cities, hockey, partying, no sleep and more hockey. 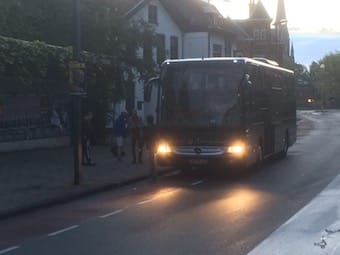 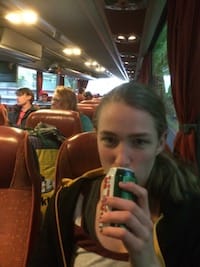 We departed for Utrecht at 6 in the morning. This is way too early to do anything and, but for ice hockey an exception can be made. The bus was surprisingly quiet, except for the idiot who made a bet to drink the first beer of the NSK just after we left. As we came closer to Utrecht people slowly started to wake up. And the ones who were not awake yet definitely woke up when they stood on the ice only 45 minutes after we arrived. 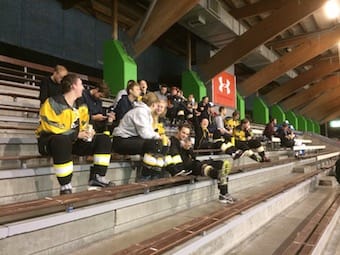 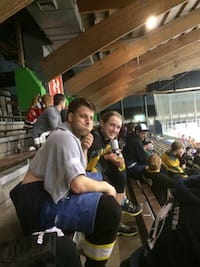 The dressing room was very cozy with 2 full teams crammed inside, but this only improved the mood. Team 1 had to play first, so most of team 2 cheered them on already dressed for their own game. The day went by in a blur of playing, watching and talking about hockey. You easily forget the time when you are having fun. The first day went pretty well for both team 1 and team 2. Team 1 came in first in their pool and team 2 did not come in last, which is a great achievement for them on the level of the NSK. Now it was time to take a shower with a well-deserved shower beer.

In the beginning of the evening we abandoned our stinky gears and headed to the city center to eat something provided by the organization. After dinner it was time to party! Not everyone remembers what happened exactly what happened that evening, but as far as I can piece together from my memories there was a lot of dancing, a bbq with a giant bottle of vodka next to it and a new meaning of “the slapping studs” was invented. Some members had a lot of fun that night with slapping stickers on literally everyone, hence the slapping studs.

The next morning most people stood up with way to little sleep. After an improvised breakfast of toasties made with the supplies we got from the committee our first game started. When stepping on the ice, a lot of people discovered that they were maybe a bit more tired and/or hangover than expected. Nevertheless, everyone gave 100% to come as close to first place as possible. Many players took advantage of the sunny weather and the huge pillows left by the short trackers which made for a perfect place for a nap in between games. Team 1 had a real shot at winning, but eventually came up fourth. The 2nd team, cheered on by the 1th team, came in eight. This was not last!

So, the NSK was a great success for the slapping studs this year. We had a lot of fun and played some really nice games. We can be really proud of the result and it was a great experience to do this as a team. I am already looking forward to next year! 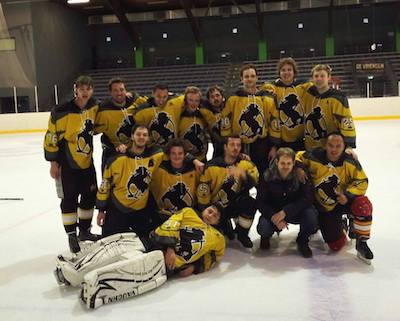 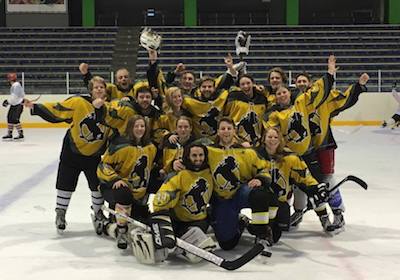